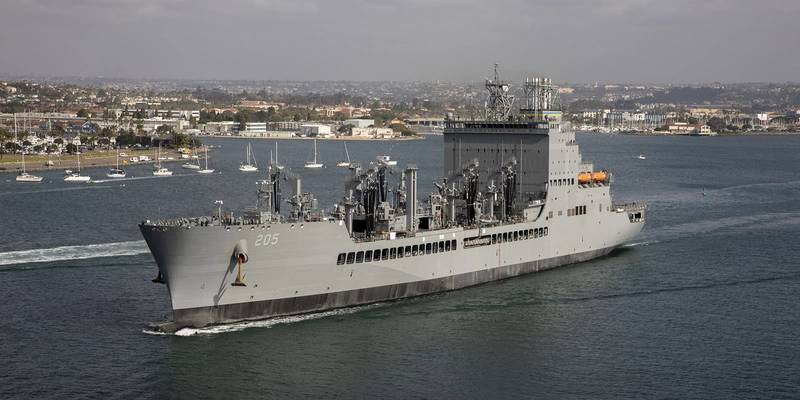 The future USNS Ruth Bader Ginsburg (T-AO 212) will be the first U.S. Navy ship to bear her name.

“As we close out women’s history month, it is my absolute honor to name the next T-AO after the Honorable Ruth Bader Ginsburg. She is a historic figure who vigorously advocated for women’s rights and gender equality,” said Del Toro. “As Secretary of the Navy, it is my aim to ensure equality and eliminate gender discrimination across the Department of the Navy. She is instrumental to why we now have women of all backgrounds, experiences and talents serving within our ranks, side by side with their male Sailor and Marine counterparts.”

The name selection for the John Lewis-class replenishment oiler follows the naming convention of honoring people who have fought for civil and human rights. Born in 1933, Ruth Bader Ginsburg was a pioneering advocate for women’s rights turned Supreme Court Justice. Ginsburg made history as the second woman to serve on the U.S. Supreme Court when she was nominated by President Bill Clinton and confirmed in 1993. Of her 27-year tenure on the Supreme Court, she is most noted for her work toward issuing the majority opinion for United States v. Virginia, a landmark 1996 case that struck down Virginia Military Institute’s male-only admissions policy.

T-AO ships are fleet oilers designed to transfer fuel to the Navy’s operating carrier strike groups. The oilers have the ability to carry a load of 162,000 barrels of oil, maintain significant dry cargo capacity, aviation capability and a speed of 20 knots. General Dynamics National Steel and Shipbuilding Company designed the vessels with double hulls that protect against oil spills as well as strengthened cargo and ballast tanks. The T-AO measures 742-feet in length with a full load displacement of 49,850 tons.