US Sees ‘Collective Response’ to Ship Attack Blamed on Iran 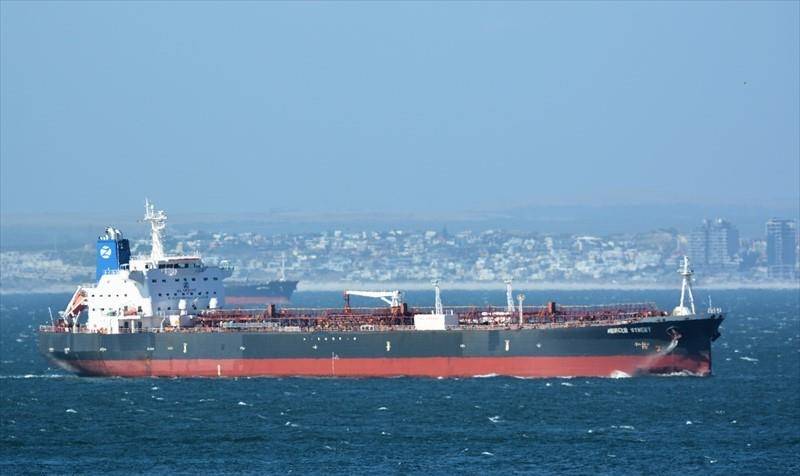 The United States is confident Iran attacked an Israeli-managed tanker last week, killing two, the top U.S. diplomat said on Monday, predicting a “collective response” but saying he did not think the incident necessarily signaled anything about Iran’s incoming President Ebrahim Raisi.

“We have seen a series of actions taken by Iran over many months, including against shipping. So I am not sure that this particular action is anything new or augurs anything one way or another for the new government,” Secretary of State Antony Blinken told reporters. Raisi takes office on Thursday.

“But what it does say is that Iran continues to act with tremendous irresponsibility when it comes to, in this instance, threats to navigation, to commerce, to innocent sailors who are simply engaged in commercial transit in international waters,” he added of the attack, which killed a Briton and a Romanian.

“We are in very close contact and coordination with the United Kingdom, Israel, Romania, and other countries, and there will be a collective response,” Blinken said.

Tehran has denied any involvement in the attack on Thursday in which the two crew members were killed.

The United States and Britain said on Sunday they would work with their allies to respond to the attack on the Mercer Street, a Liberian-flagged, Japanese-owned petroleum product tanker managed by Israeli-owned Zodiac Maritime.

“We’ve conducted a thorough review and we’re confident that Iran carried out this attack,” Blinken said on Monday.