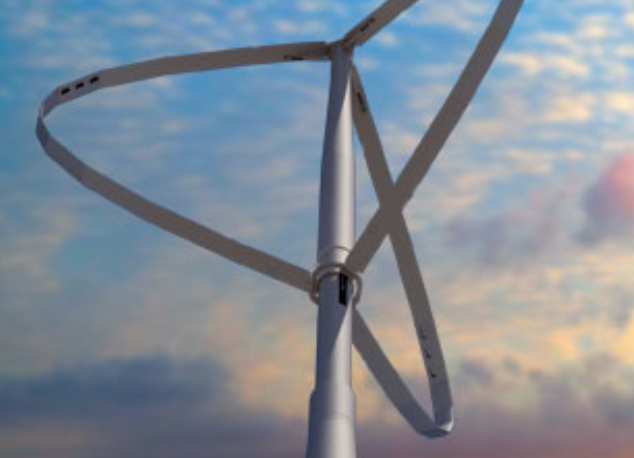 The patent relates to a fluid-driven vertical axis turbine and its remote-controlled blades that fold up and lay flat against the rotor in dangerous, high-wind situations. The patent also covers the manner in which the turbine’s segmented blade joints hydraulically lock together to make a strong, rigid blade – both in the open and closed position.

“The issuance of this sixth patent enhances the strength of our intellectual property protection around our vertical axis wind turbine,” says Bryan Zaplitny, president and CEO of CGE Energy. “This patent further supports our ongoing R&D efforts in bringing unique off-grid power solutions to markets where power availability is an issue.”

To date, CGE Energy has received five U.S. patents – as well as one European patent – for the technology. These independent patents cover many aspects of the technology, including having a fluid-driven turbine that generates power from wind blowing from any direction, its generator and primary components located in the base of the turbine, as well as the turbine’s easy delivery transport method.