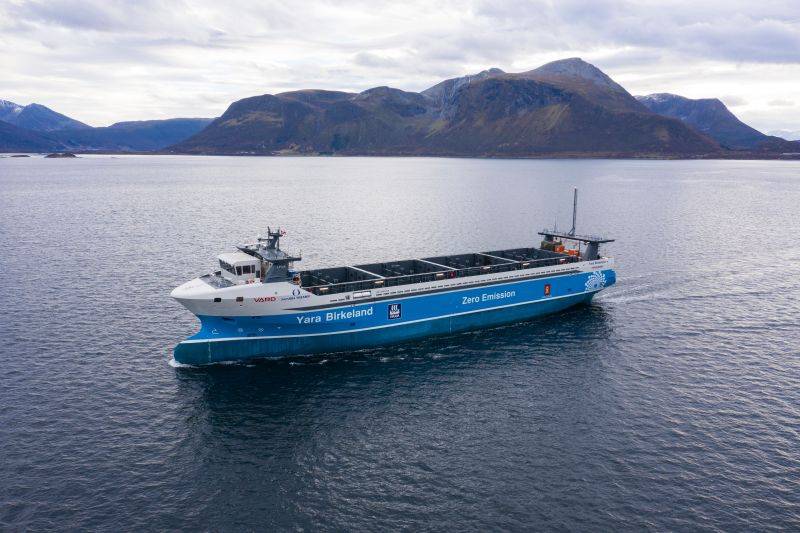 Norwegian shipbuilding firm Vard said Friday it had delivered the Yara Birkeland – the vessel that will be the world’s first all-electric autonomous container ship – to its owners Yara International.

Vard was tasked with building a vessel prepared for autonomous operations which Yara will further develop.

The hull was built by Vard Braila in Romania, and initially, the plan was for Vard Brevik to outfit and deliver the vessel, however, this was then transferred to Vard Brattvaag, Vard said in a social media post.

The battery-fitted vessel will now undergo testing for container loading and stability before the ship will sail to a port and test area in Horten, Norway for further preparations for autonomous operation.

Worth noting, the plan to launch the Yara Birkeland was paused in May due to the coronavirus pandemic and uncertain market conditions.

In 2017, Yara, a Norwegian chemical company, which is one of the world’s largest fertilizer makers partnered with the Norwegian technology company Kongsberg to build the fully battery-powered container vessel, designed by Marin Teknikk to transport chemicals and fertilizer autonomously and without emissions along the coast of Norway.

According to available info, Yara Birkeland will be used to ship products from Yara’s Porsgrunn production plant to Brevik and Larvik in Norway, reducing diesel-powered truck haulage by 40,000 journeys a year.