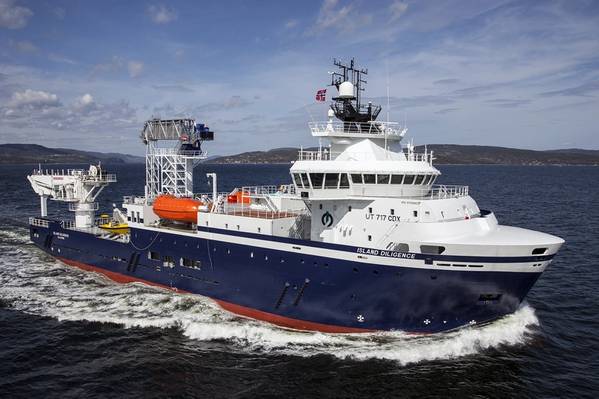 Norwegian offshore vessel operator Island Offshore, mostly known for its offshore vessel services in the Norwegian oil and gas industry, has recently won a walk-to-work contract with Vattenfall in the offshore wind sector in Germany.

Island Offshore said the contract was an important one and will see its vessel Island Diligence deployed at Vattenfall-operated DanTysk and Sandbank offshore wind farms in the German part of the North Sea.

Island Diligence will provide accommodation and transfer of technicians via the vessel’s gangway solution, to the wind turbines. The vessel can accommodate 100 people on board, and is equipped with a 23.4-meter walk to work gangway from Uptime.

The wind farms the vessel will be servicing are located within the German Exclusive economic zone (“EZZ”) outside Esbjerg, Denmark, and the Island Diligence started operations from the Danish port in early May.

The contract is a 4-months firm agreement plus options and is securing work for the vessel at least until the end of August, Island Offshore said.

The DanTysk Offshore wind farm consists of 80 wind turbines and is located within the German EEZ 80 km from Esbjerg. It has been in operation since 2014 and produces approximately 288MW of energy. Sandbank offshore wind farm, also at 288MW, is located some 20km from the DanTysk OWF, and has been in operation since 2017. It consists of 72 wind turbines.