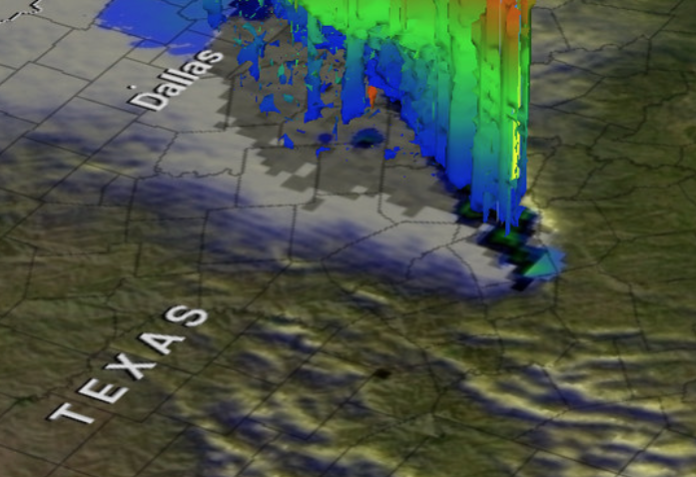 During recent Winter Storm Uri, natural gas had the highest outage rate of all of Texas’s generation types – in excess of 25,000 MW at peak for several days, according to a recently released white paper from Vibrant Clean Energy LLC (VCE), a grid software firm.

Despite recent reports that wind was a cause of issues, the VCE report counters this claim. Rather, showing that wind actually over-performed compared with expectations. There were a few time periods where wind underperformed, but that only lasted a few hours at a time.

The white paper indicates that with much better winterization the wind generation in ERCOT could have been substantially more. This could have created over $5 billion in revenue for wind generators and reduced the blackout total MW shed and duration for many customers.

The white paper goes on to show that high-voltage direct current (HVDC) connections to MISO and SPP could have provided between 500 and 650 GWh of additional wind generation across the blackout period. Simultaneously, the HVDC lines could have provided support to MISO and SPP earlier in the winter storm. These transmission lines would cost approximately $2.4 billion to construct and would allow ERCOT to combine forces with two large grids that could help diversify its portfolio.

“The ERCOT crisis was weather-induced but with more planning for extreme events – something that will become more frequent in the future – the grid could have performed much better and interconnecting with other regions makes sense for numerous regions, not least the diversification of resources and demands,” says Dr. Chris Clack, CEO of VCE. “Winterization of wind, and other technologies, should become commonplace because the cost of doing so is almost always cheaper than the consequence of not.”

Additionally, the white paper studied a hypothetical future high renewable ERCOT grid. It shows that the variability of wind and solar would still persist in the future, but the modeling added 40,000 MW of storage to the grid at the same time. That storage would have covered all of the blackout requirements with room to spare. Interconnections to other regions were also developed in the future scenario. These also assist with balancing the system across a wide range of extreme weather phenomena.