Venezuela Sends More of Its Own Oil Tankers to Deliver Exports 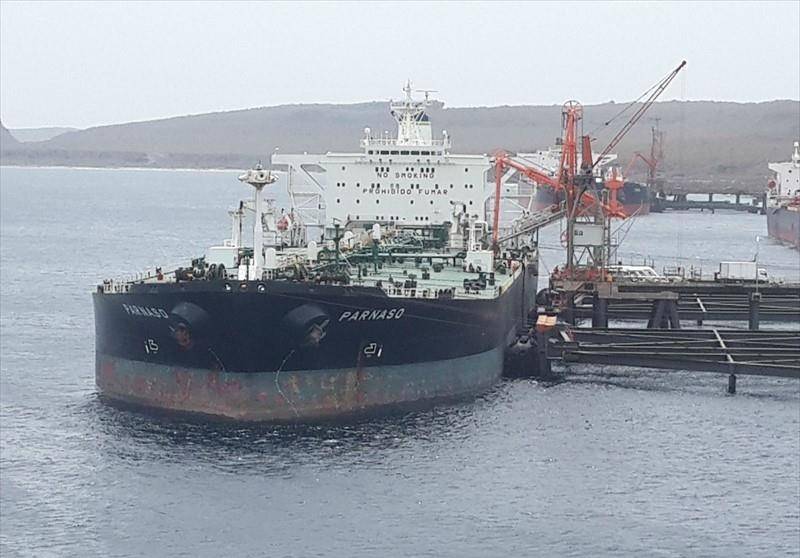 Two Venezuela-owned oil tankers are crossing the Atlantic Ocean jointly carrying about 1.2 million barrels of heavy crude, vessel tracking data from Refinitiv Eikon showed on Tuesday, as the South American nation turns to its own fleet in the face of U.S. sanctions.

Venezuela’s state-run oil company PDVSA is resorting to using its own tankers to deliver exports as tightening sanctions by Washington deter shipowners and managers from visiting the South American nation’s oil ports.

The tankers Colon—previously known as Arita—and Parnaso set sail in September from PDVSA’s terminals, but had not turned their location transponders on until this week, the data showed.

They are now following the route of another Venezuela-owned vessel, the Maximo Gorki, which departed in early September carrying about 2 million barrels of crude bound for Asia.

The Colon was signaling its destination as Asia, the data showed.

PDVSA in August began offering to deliver oil to some of its customers in its own tankers, factoring in freight costs in supply deals, to help buyers struggling to hire vessels to carry Venezuelan oil due to U.S. sanctions.

Since June, the United States has blacklisted vessel owners and threatened to sanction any tanker facilitating the export of Venezuelan oil as a way to increase pressure on President Nicolas Maduro, whose 2018 re-election was branded a sham by most Western countries.

Even though most of PDVSA’s aging tanker fleet is not in any condition to navigate international waters, the firm is using a handful of vessels that have up-to-date insurance and certifications, as well as tankers under time-charter contracts, according to company sources and internal documents seen by Reuters.

As part of the move, the state-run company has recently changed some of its vessels’ names and flags, according to Eikon and other shipping databases.

PDVSA did not respond to a request for comment.