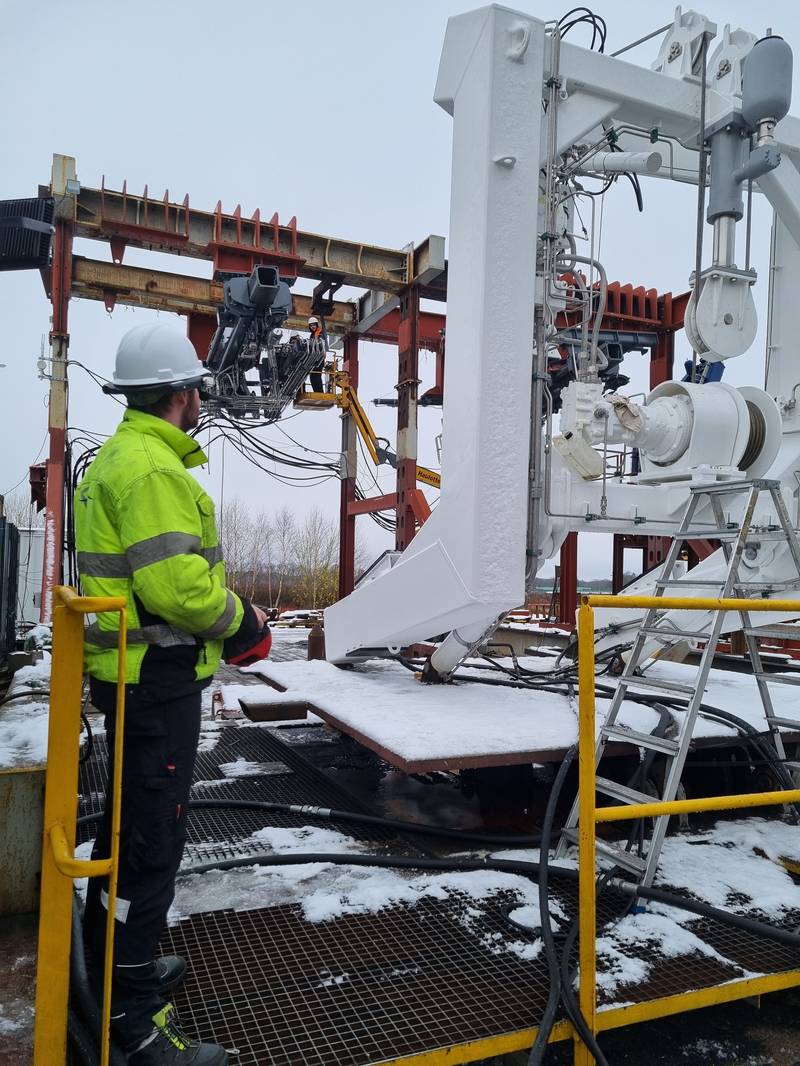 Norwegian davit supplier Vestdavit reports it has achieved record sales this year as it focuses on continuous product innovation to boost orders in both core and new markets.

The company is on course for group-wide sales of more than Nkr200 million ($22 million) in 2021, a 20% increase on last year, to ensure a solid profit for the year and its fabrication facility in Poland is currently working at full capacity, according to managing director Rolf Andreas Wigand.

“We have definitely made good progress to consolidate our position in our core markets as we have largely secured contracts in all the significant tenders that we set out to win,” Wigand says.

He attributes the strong increase in davit orders to a market rebound in both the oil & gas and wind sectors, fuelled by strong energy prices, that has led to increased demand for offshore support vessels to service wind farm installations.

There has also been a wide global spread of orders with sales to all continents – the Americas, Europe, Africa, Asia and Oceania – while Vestdavit has gained new customers worldwide due to the company’s reputation for quality products and track record of reliable delivery supported by a global sales and service network, according to Wigand.

“A focus on quality is uppermost in all we do – from product development to management, service and aftersales. This is necessary to retain existing customers and gain new ones for whom quality is also the top priority,” he says.

“Our customers experience, not least, that there is quality on aspects such as documentation, simulation and analysis to comply with shock requirements, vibration and tough operating standards for our sophisticated products.”

An important factor in this regard is investment in innovation to develop new and improved boat-handling systems predicated on deliveries over the past four decades of more than 2000 high-specification systems with proven robustness designed to withstand harsh environments.

Wigand says this year’s definitive technological highlight has been the successful delivery of the ground-breaking MissionEase system for its first full-scale commercial application on the Nexans Aurora cable-laying vessel delivered this summer from the Ulstein Verft shipyard in Norway.

He believes the innovative system, which comprises an inboard hangar with a remote-controlled automated track-and-trolley system to launch multiple craft from either side of the ship, represents a “game-changer” that will generate future orders in different market segments.

“We have now documented that we have installed and commissioned a complete MissionEase system, taking it beyond a 3D concept to demonstrate to clients the viability of the technology in real-life operation,” Wigand says.

Furthermore, Vestdavit has upgraded its so-called PLD series of heavy-duty docking head davit, featuring an anti-pendulation device installed on a davit to counter swing motions of a boat during launch, which is able to handle workboats weighing around 16 tonnes that makes it well-suited for use in wind farm installation.

Wigand reveals the company has also taken out two patents for undisclosed technology that underpin its policy of “constant innovation”, and is testing both artificial intelligence and remote sensors to monitor davit operation and thereby improve the safety of boat-handling.

In addition, Vestdavit is increasingly applying digitalisation in design and fabrication processes to increase production efficiency, as well as enhancing customer relations management with a new web-based system to interact with clients for improved productivity from design to delivery.

Digitalisation has also helped the company to counter logistical and travel challenges due to the Covid-19 pandemic through the use of digital goggles used by workers at its Vestdavit Production facility in Poland that transmit visuals to facilitate remote testing and verification of equipment via a screen on the Teams app.

Bergen-based Vestdavit has further extended its geographical reach this year by opening a new sales office in the Netherlands, in addition to its office in the US, to give it a stronger platform for growth in Europe, while also increasing headcount at the company as the business grows.

“It will be increasingly important for us to have a local presence in our main markets in years to come to limit travel in order to safeguard the environment and we envisage sales-led expansion driven by the need to establish service centres in key locations,” Wigand says.