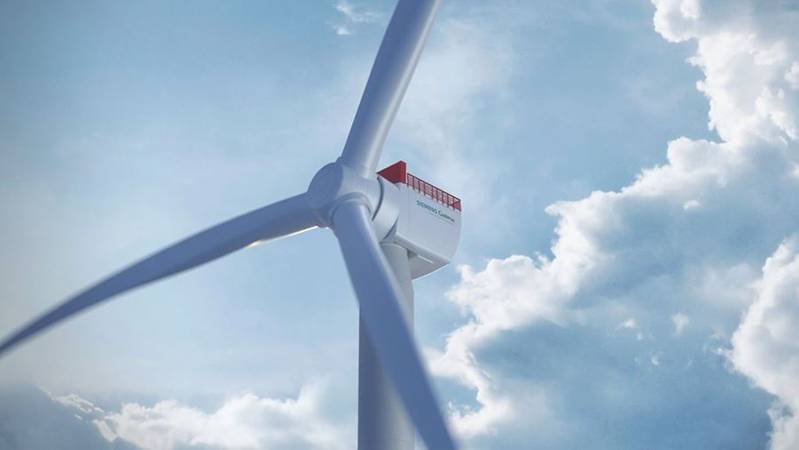 The offshore wind industry has made great strides to become a cost-competitive option for grid and off-grid energy solutions. And today, the industry is growing faster than ever before, both in the well-established European market and in newer ones such as in China, Taiwan, Japan and the U.S.

As the industry keeps growing, projects and turbines do too, says Philip Lewis, director of research at World Energy Reports.

“Offshore wind is becoming more mainstream, and as it does, the average project size is increasing, which is a key driver for overall cost reduction,” explains Lewis, an expert on offshore energy markets and author of “Outlook for Offshore Wind Power: The Frontier of Future Energy”.

“Only five or six years ago, the average wind farm size was around 100 megawatts (MW). At World Energy Reports we forecast the average to be around 600 MW by 2025. This will include multi-gigawatt developments, like the U.K.’s Dogger Bank, which will reach 3,600 MW of capacity when its three phases are installed by 2025,” Lewis says.

The first offshore wind farm, constructed off the coast of Denmark in the early 1990s, used 11 turbines that each generated less than 500 kilowatts (kW). Over the years, as technologies advanced and cost efficiencies improved, projects and equipment have upsized, and today we’re seeing double-digit MW turbines being installed.

Lewis points out that Dogger Bank will use GE’s Haliade-X 13 MW turbine, and he expects to see these units on the Skipjack and Ocean Wind projects in the U.S. and possibly Asa Branca 1 in Brazil.

The even larger Siemens Gamesa 14 MW units are planned for Sofia in the U.K. and Coastal Virginia in the U.S., supplementing the Siemens Gamesa 11 MW platform to be installed on Hollandse Kust South and North from 2021, followed by Gode Wind 3 & 4 and Borkum Riffgrund 3 in Germany, Lewis says.

Looking beyond the “big three” western turbine manufacturers, Lewis says leading Chinese builders are testing ever larger turbine models, with Dong Fang due to install a prototype of its 10 MW model and Ming Yang planning to make its 11 MW platform commercially available in 2022. He notes that Ming Yang has announced plans to develop a 10 MW typhoon-resistant floating wind turbine as it keeps its eyes on the growing potential for the East Asian floating wind market.

Lewis says this overall trend toward larger turbines creates both opportunities and challenges for market players.

For one, the installation fleet has an ongoing challenge to provide tonnage that meets the requirements of heaver lifts to higher heights, he says.

Lewis says that as projects get bigger and use bigger turbines, smaller projects will still need to source smaller turbines, which leaves room for the existing unmodified installation fleet.

Additional opportunities arise as larger manufacturers continue to focus on larger projects and equipment. “OEMs don’t necessarily want to supply small / demonstration projects such as floating wind,” Lewis says. “This potentially opens the door for players outside of the leading OEM to build market scale.”