Posted by tesla@jabvertising.com on February 21, 2021 | Featured 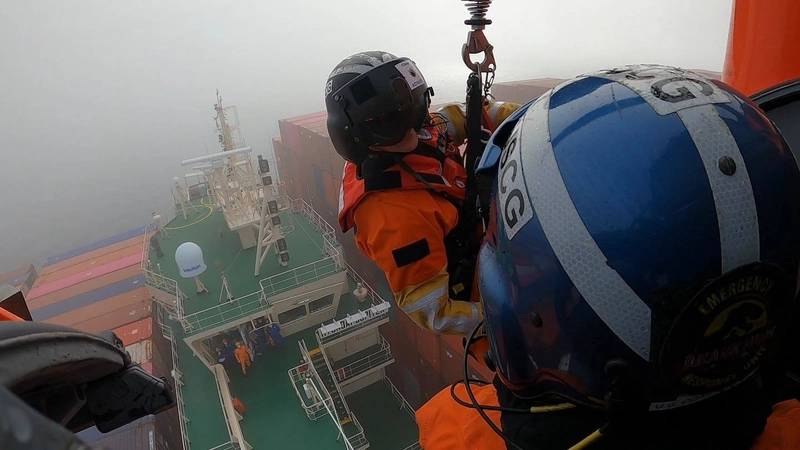 An injured crew member was medevaced from a U.K.-flagged containership more than 46 miles west of San Luis Obispo, Calif., on Friday.

Once on the scene, the Dolphin crew lowered the rescue swimmer, along with a stretcher, to hoist the 27-year-old patient into the helicopter and transported the man to Santa Barbara Cottage Hospital in stable condition.

“The offshore environment always tries to throw surprises-especially with the fog bank not predicted to be to the surface,” said Lt. Kristin Euchler, the MH-65 Dolphin co-pilot for this rescue. “Luckily with all the prior coordination, we were able to shoot the approach through the clouds with a solid radar hit of the large vessel. The coordination between District 11, the vessel and the C-27 overhead was crucial in finding the vessel. The teamwork from all watchstanders and the vessel allowed for accurate fuel planning and success of the rescue window for the patient.”