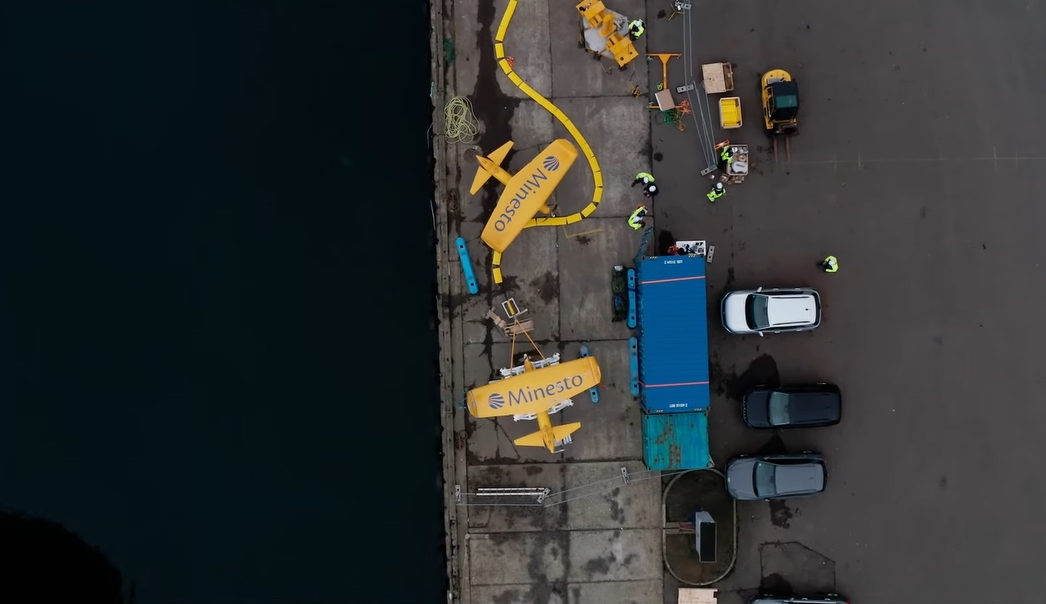 In the run-up to COP26 summit, Minesto emphasized its contribution for the development of truly sustainable and resilient energy systems through a tidal energy project the company is spearheading in the Faroe Islands.

Minesto is collaborating with the electric utility company SEV on the project, whose first phase involves the installation and operation of two grid-connected Deep Green (DG100) systems in Vestmannasund, under an EU-funded project.

The two DG100 power plants have been named ‘Havfrúgvin’, which translates to mermaid, and ‘Drekin’, which stands for dragon or kite.

Recently, Minesto signed a two-year extension of its power purchase agreement (PPA) with SEV, and conducted a site extension analysis which concluded that the current 200kW Vestmannasund site has merits for expansion to a 4MW commercial array.

Also, the company introduced the Dragon Class range of power plants, representing an upgraded design of its Deep Green technology to be delivered and installed in all of Minesto’s ongoing projects, as well as in the build-out of the company’s first array projects.

“The world needs more clean energy generation that is predictable to complement wind and solar PV and to reduce the need for long-term storage. With energy from tidal and ocean currents in the mix, we can build truly sustainable and resilient energy systems”, Minesto said.

Minesto’s Deep Green technology generates electricity from low-flow tidal streams and ocean currents by a patented principle similar to a stunt kite flying in the wind.

The wing uses the hydrodynamic lift force created by the underwater current to move the kite. With onboard control system and rudders, the kite is autonomously steered in a pre-determined figure of eight, pushing the turbine through the water. By doing so, the turbine experiences a water flow several times higher than the actual stream speed.

The turbine diffuse power to the generator which outputs electricity via power cable in the tether, while the seabed umbilical transfers the electricity to the onshore connection.