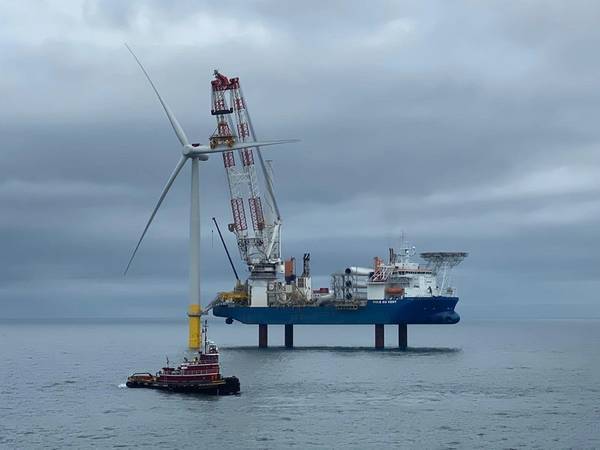 “We’re excited that the two CVOW wind turbines are officially generating power as electrical and reliability testing gets underway 27 miles off the coast of Virginia Beach. Together with Siemens and Ørsted, we are working hard to reach the finish line,” Dominion Energy said on Facebook on Tuesday.

In a separated social media statement, Orsted said: “And we’re live! We’re thrilled to share that the Coastal Virginia Offshore Wind pilot project that we built for our partner Dominion Energy has officially started generating power. This two-turbine project was the first project ever installed in federal waters and will be instrumental in moving the American offshore wind industry forward.”

Dominion Energy has said that it will apply the permitting, design, installation, and operations experience from the pilot project to its proposed 2,600-megawatt commercial project.

The 2,600-megawatt project is the largest announced offshore wind project in North America, and is on track to start construction in 2024, and upon completion, will provide enough renewable electricity to power up to 650,000 homes. The two pilot turbines will produce enough electricity to power 3,000 Virginia homes.