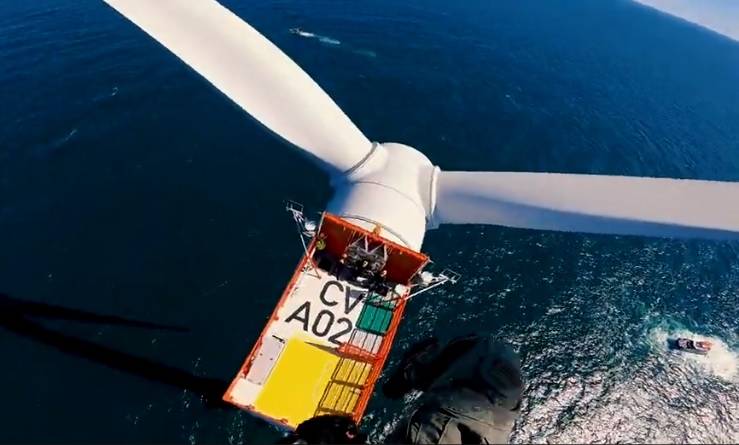 As the U.S. offshore wind industry begins to build up, the U.S. Coast Guard is making sure it is prepared to respond to any potential emergency — even at 400 feet in the air.

Video shared by the Coast Guard shows a crew member descend from a helicopter onto the nacelle one of the Siemens Gamesa 6-megawatt (MW), approximately 400-feet above the water. Including the blades, the turbines stand more than 600 feet tall.

The CVOW pilot project is the only offshore project currently permitted under the Bureau of Ocean Energy Management (BOEM) process and will be the first fully operational wind power generation facility in U.S. federal waters. The next significant regulatory step for CVOW is to submit the final documentation for the BOEM to complete its technical review, which is expected to be complete by the end of the year.

Ørsted served as the offshore engineering, procurement and construction lead for the pilot project, which will pave way for the development of a much larger 2.6 gigawatt (GW) offshore wind farm project slated to begin construction in 2024.