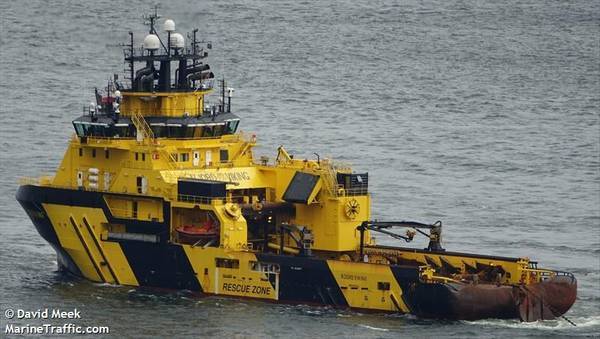 Viking Supply Ships had earlier this month said it had secured a multi-season contract for its four ice-classed anchor handling tug supply (AHTS) vessels, without sharing details on who the client was.

On Friday Viking Supply Ships said: “Due to the Russian attack on Ukraine the EU and several other countries have imposed several new sanctions on Russia, and Viking would like to give further details of the contractual status. Viking can confirm that [the] contract is towards a Russian client, and that the work-scope is to take place within Russian waters.”

“Viking does at this point not have information that the contract is subject to sanctions, but acknowledges that the situation is unclear and rapidly changing, however, Viking considers it to be very likely that the contract will be canceled or postponed.”

“Viking has a strong commitment to compliance and has procedures in place designed to ensure conformity with economic sanctions and embargo laws in connection with our charters. Viking is closely monitoring the situation together with its legal advisors and will give further information to the market through press releases as soon as such information is known,” Viking Supply Ships said.

Viking had previously said that the vessels had been expected to assist “in a major industrial project in a harsh environment region in the summer of 2022 and 2023, with an option to extend operation for 2024.”

The contract, which could now be postponed or canceled, covers 240 fixed days and up to 660 optional days. The estimated contract value for the fixed days, including mobilization and demobilization fees, is 18.5 million euros.