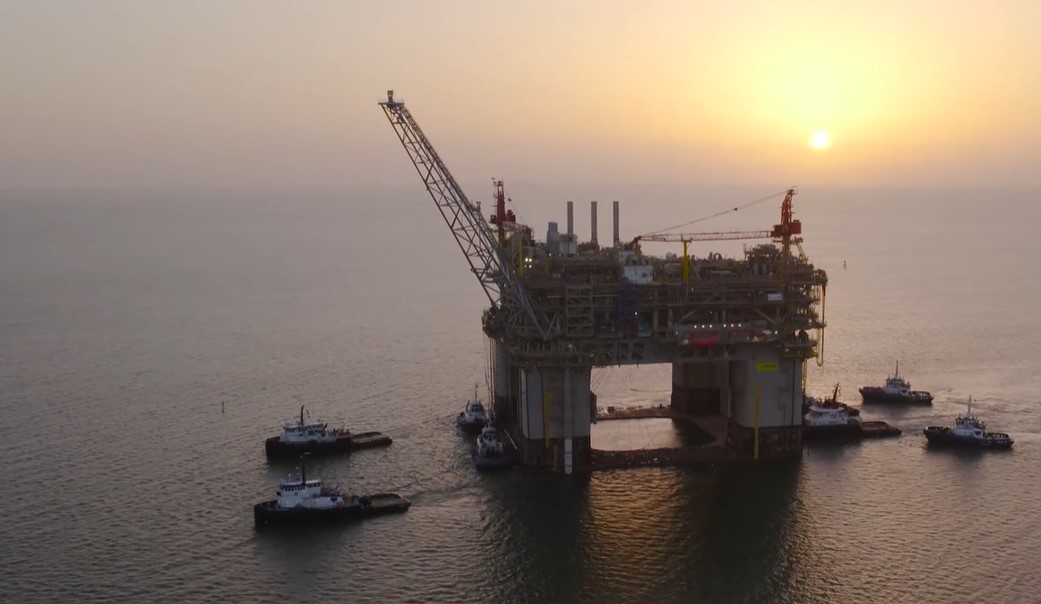 BP’s giant Argos platform – the centrepiece of BP’s $9 billion Mad Dog 2 project – has reached its final location in the U.S. Gulf of Mexico following a journey from a yard in Texas.

The oil major on Monday shared a video of Argos, the company’s fifth operated platform in the Gulf of Mexico, leaving Texas and arriving safely to its offshore home. According to the video, the platform was towed out from Ingleside in September 2021.

The construction of the 60,000-ton Argos platform – with a deck the length and width of an American football field – began in March 2018 . The floating production unit, built for the Mad Dog 2 project in the deepwater Gulf of Mexico by Samsung Heavy Industries, sailed away from a yard in South Korea to Ingleside, Texas in February 2021. More than 15 million hours of work have gone into fabricating the Argos FPU at the Samsung Heavy Industries shipyard.

Carried by Boskalis’ semi-submersible heavy transport vessel BOKA Vanguard, the platform completed its 16,000-mile journey from South Korea to the Kiewit Offshore Services fabrication yard in Ingleside in April 2021, marking a major milestone towards the completion of Mad Dog 2.

While in Texas, the Argos platform underwent final preparatory work and regulatory inspections before heading offshore.

Following the  work at Kiewit, Argos was towed to its offshore home in the Gulf of Mexico for installation about six miles from the original Mad Dog spar, about 190 miles south of New Orleans, where it will operate in 4,500 feet of water.

At peak, the facility will produce up to 140,000 barrels of oil equivalent per day (boe/d) through a subsea production system from 14 production wells. It will be connected to and export oil and gas through nearby existing pipeline infrastructure.

The latest information related to the project’s startup was that it is expected in the second quarter of 2022 as opposed to previous plans when the first production was expected in late 2021.