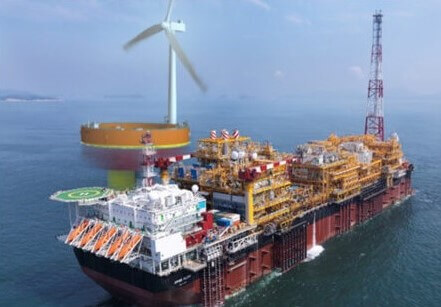 Currently, under development in Louisiana, the Big Cajun is Waterotor’s first commercial ocean deployment. Its first application allows big oil to reduce its carbon footprint and drastically reduce costs by replacing diesel-generated electricity production on platforms that each consumes 33,000 gallons of fossil fuel per day at an annual cost of over $70 million.

“Waterotor’s technology will provide access to a massive, untouched source of renewable energy for the first time,” says Fred Ferguson, Waterotor’s founder and CEO. “No one has successfully commercialized energy production from flat moving water. This is the beginning of a new era. Within the next year, we expect a major global corporation and/or power company to license our technology for ocean-produced electricity.”

Waterotor has identified several potential sites for The Big Cajun, including an initial site located off Suriname and Guyana. Western boundary currents are among the fastest non-tidal ocean currents on Earth, reaching speeds of more than five miles per hour (2.5 meters per second) and containing as much as 100 times the combined flow of the world’s rivers.

The Big Cajun is being developed with major contractors under the direction of marine architect Herman J. Schellstede. U.S. Capital Global, an investment banking firm, is engaged by Waterotor to raise further funding for the project.