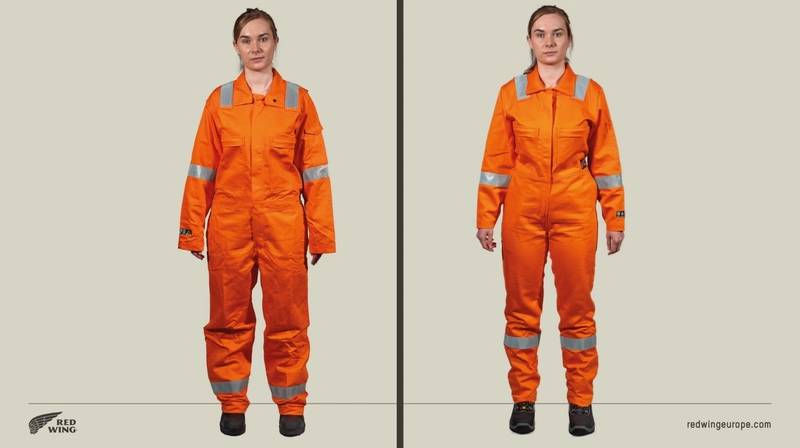 Personal protective equipment provider Red Wing has said that giving female workers men’s PPE puts women at risk, and has called for the North Sea offshore industry to close the gender PPE gap and improve the safety of women’s kit.

According to Red Wing, female workers are being put at risk by being given men’s PPE, “with many having to roll-up coverall legs and sleeves, as well as not having appropriately fitting footwear.”

“With potential hazards caused by ill-fitting PPE including sleeves getting snagged in machinery, long trouser legs resulting in slips, trips and falls – as well as fraying and damage to hem – the need for change is about more than aesthetics. There is also a danger associated with flash fires if clothing doesn’t fit properly,” Red Wing said.

Red Wing said its call came after a survey by the AXIS Network, in partnership with Step Change in Safety, found 62% of women said their coveralls didn’t fit effectively, while 51% said their outerwear/jacket wasn’t suitably sized.

Dez Young, Senior HR of Red Wing Shoes, said: “Women not having the right PPE is something that has been accepted for too long, and the solution is out there. Over 70% of our customers feature women’s-fit PPE in their safety programs, which shows that availability and price isn’t the issue. However, the kit is still not reaching those who need it.”

“We know from our research that women working offshore and the purchasing teams buying products on their behalf, don’t fully understand why women’s PPE is so important. They also aren’t aware of the tools they need to find the right fitting coverall for them.

“It’s not just about comfort or looks, it’s about safety, and we have a duty as an industry to keep everybody as safe as possible.”

The company says it has produced a Right Fit Toolkit, complete with a visual sizing guide and correct fit instructional video for offshore companies to ensure workers get the right kit.

Dez added: “There is a need to educate procurement departments to enable them to offer the right kit to the right people. We want women to know the PPE they need is available, but they shouldn’t have to wait to be offered it. That’s why we have created the Right Fit Toolkit – to help make the process of getting the correct PPE easier.”

The issue was highlighted at The Right Fit event, which was held in collaboration with Wood, the OGUK Diversity and Inclusion Taskforce, AXIS Network, Harbour Energy, Step Change in Safety, East of England Energy Group (EEEGR), and the Institution of Occupational Safety & Health (IOSH), in an attempt to tackle the challenges in accessing workwear and making offshore PPE more inclusive.

Amy Kraft, Senior Product Line Merchant, Red Wing Shoes, said: “Women just want to be treated fairly and have their safety concerns listened to, something that has been backed up by our research. We regularly ask women what they need and want from PPE, and the answer is simple – equality, whether that is in something as straightforward like the color of their kit, or PPE that’s in the same style as their male counterparts.

“Something as simple as going to the toilet is made incredibly difficult for women due to the PPE they are issued with. That’s not right. To address that challenge, we have developed one-piece coveralls, with innovative zipper placement that allows easy toilet access.”

Jon Bodicoat, Red Wing Europe Managing Director, added: “Companies, distributors and manufacturers have the responsibility to ensure every person has the correct clothing to keep them safe, while giving them the opportunity to succeed. A more inclusive workforce is commonly linked to performance. It’s in everyone’s best interest to make women’s fit available. We need to have an open discussion on what the worker needs rather than what it will cost.”