The West Bollsta semi-submersible drilling rig, managed by Seadrill, is currently in the Barents Sea, being towed to an offshore drilling location where it will drill its first well, the rig’s AIS data shows. The drilling rig is on hire with the Swedish company Lundin Energy.

Lundin, which on Monday announced the acquisition of $125 million worth of offshore interests in the Barents Sea from Idemitsu, said the 2019-built rig’s first well would be the Polmak prospect.

The Swedish company said Polmak was the first of three high impact exploration prospects to be drilled by the company in the Barents Sea, off Norway, during the fourth quarter of 2020. The three prospects are targeting gross unrisked prospective resources of over 800 MMbo.

“Polmak will be drilled by the West Bollsta semi-submersible drilling rig, with spud expected in early October 2020,” Lundin said.

As part of the transaction with Idemitsu, Lundin has also increased its interest in the Polmak exploration well from 40 percent to 47.5 percent.

The West Bollsta is a harsh environment offshore drilling rig, based on the Moss Maritime CS60 design, owned by the Northern Ocean, and operated by Seadrill. The semi-submersible drilling rig was finished at the Hyundai Heavy Industries shipyard in 2019, and arrived in Norway earlier this year to prepare for the contract start-up.

The rig should have started drilling under its 10-well contract in Lundin in the second quarter, but a deal was reached in July to postpone the start-up for the early fourth quarter of 2020. The rig is expected to stay on a firm contract with Lundin until April 2022. Lundin will have an option to extend the contract further.

Worth noting, the Norwegian Petroleum Safety Authority has found several deficiencies on the rig during audits earlier this year. These needed to be fixed before the rig could get the Acknowledgement of Compliance, which attests a drilling unit is fit for work in Norway.

A spokesperson for the PSA Norway told Offshore Engineer on Tuesday that the “the AoC for West Bollsta was granted today,” which should mean that all the deficiencies have been amended. 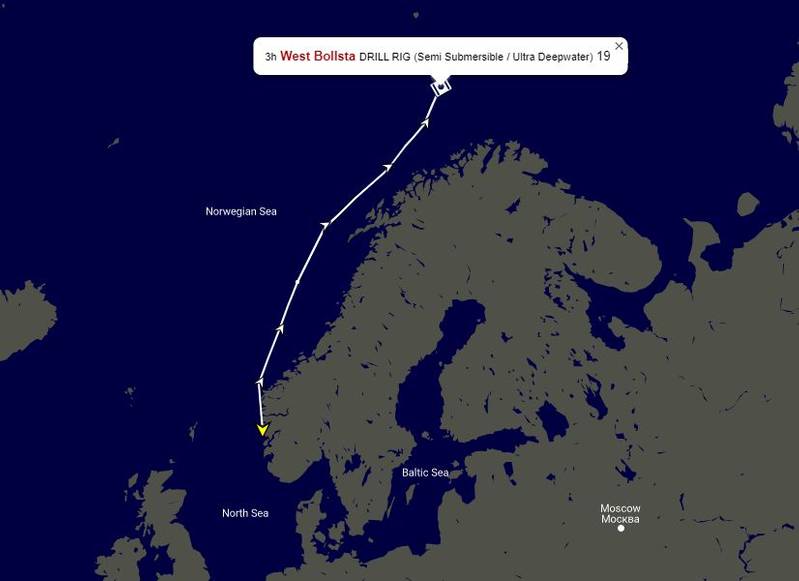