What Happened to the Indonesian Submarine KRI Nanggala?

After a five-day search, wreckage from Indonesia’s missing submarine KRI Nanggala has been discovered at a depth of more than 800 meters in the Bali Sea.

With no survivors from the 53-person crew—and no certainty the cause of disaster will ever be confirmed—the Indonesian Navy will need to decide how much effort it devotes to examining and salvaging the wreckage.

Footage from a deep catastrophe
Initial examination of the sunken vessel suggests the wreckage is in three pieces, with the boat’s hull and stern separated.

The Indonesian Navy (TNI-AL) has released video footage, taken by a remotely operated underwater vehicle belonging to the Singaporean Navy, which appears to show one of the fins mounted on the boat’s stern. 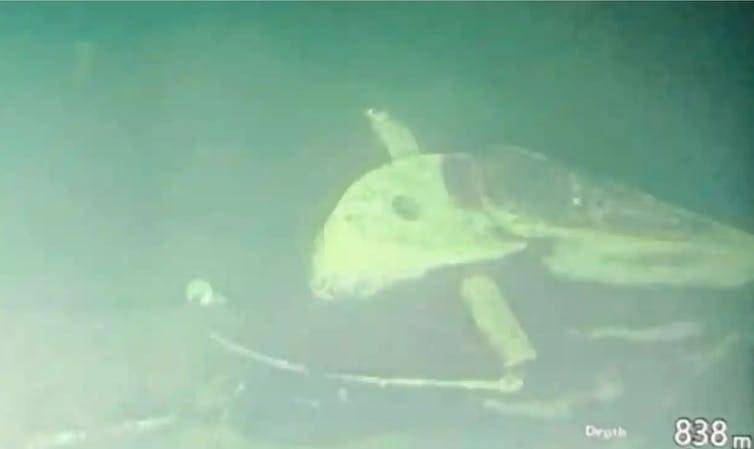 This image made available by the Indonesian Navy of the sunk navy submarine KRI Nanggala appears to show one of the fins mounted on the boat’s stern. (Photo: Indonesian Navy)

The other pictures may show sections of the interior, but it’s not immediately entirely clear exactly what part of the boat they are. 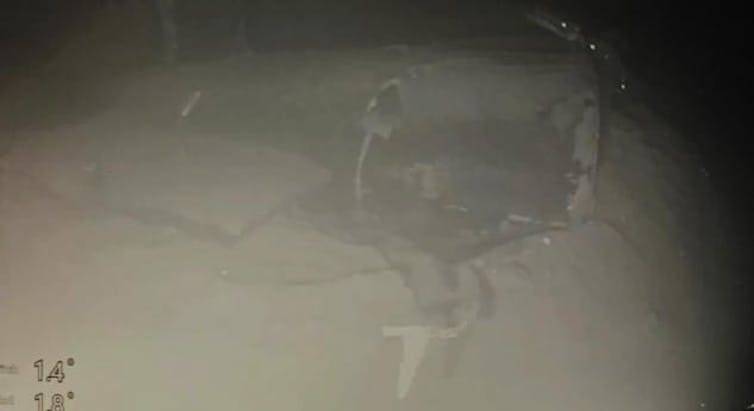 It took one year to find Argentinian submarine San Juan after it sank in 2017. Nanggala’s discovery so early in the search suggests the boat was near its last reported position. So whatever went wrong likely did so as the submarine was diving.

At this stage, it is impossible to know what triggered the incident. Causes could include a material or mechanical failure leading to catastrophic flooding of one or more compartments. It does not take much loss of buoyancy for a submarine to lose control of its depth.

There could have been a fire, something particularly feared by submariners in their enclosed environment. Or there could have been human error. Submariners, however, have very carefully developed and extensively drilled standard operating procedures. Material failure is the more likely cause.

Regardless of the trigger, the tragic fate of KRI Nanggala would have been sealed once it passed the depth at which its hull and fittings could not withstand the increasing pressure. There is no hard and fast figure for the exact depth at which this occurs.

Submarines such as Nanggala have an individual safe operating depth of at least 260m. What is known as the “crush depth” will be much more than that. But the risk of hull collapse increases very rapidly as depth increases. At 800m, Nanggala had no chance of surviving intact. 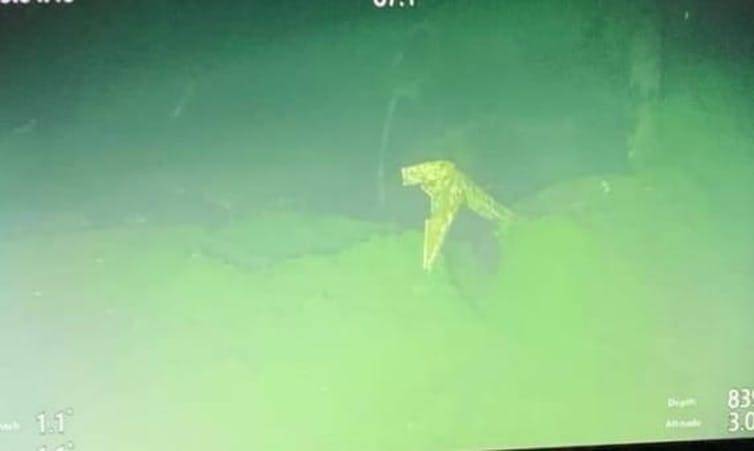 How much recovery is worth the effort?
Indonesian authorities hope to salvage Nanggala’s wreckage, according to reports. This is possible and there is some precedent for this. The United States’ 1974 mission codenamed Project “Azorian” involved the covert recovery (from much deeper water) of large components of a sunken Soviet missile-carrying submarine.

Nevertheless, bringing some 1,300 tonnes of metal back to the surface from a depth of more than 800m remains a formidable proposition. Only a handful of salvage organizations would even be capable of such a task.

It would also be very expensive. One could argue the resource-constrained Indonesian Navy has better things to spend its money on, including its remaining four submarines.

Furthermore, there is no guarantee the specific cause of the disaster will ever be discovered. Submarines are large and complex machines and the “black box” systems in aviation would not cover all the possible problems that might have arisen with Nanggala.

The best approach would be to follow up the initial video examination of the wreckage with a more detailed mapping of the wreck site and all the material strewn on the seabed. Coupled with the selective recovery of components, this could help provide some answers.

Preventing future disaster
The Indonesian Navy will now be subjecting its own organization to examination. However likely it is Nanggala experienced a material failure, there will still be a review of training standards and operational procedures.

The navy’s submarine arm has been challenged by its recent expansion from a force of two to five boats. There were new commissionings in 2017, 2018 and as recently as last month—with the first submarine to be assembled in Indonesia, the KRI Aluguro, accepted into service.

Nanggala’s equally elderly sister-ship, Cakra, which has been subject to a recent modernization and refit, may be taken out of commission to minimize the chance of another accident. In any case, Cakra will be examined closely to see if there are any hitherto unrecognised problems with metal fatigue or other potential causes of failure.

Despite the benefit of a full refit and the “zero lifing” of many key components this involves, as well as the replacement of old systems, the Cakra has been in commission for just over 40 years. This is a long time.

Solidarity from across the globe
The loss of 53 sailors is a tragedy for Indonesia and its navy. All over the world, naval people and submariners in particular will be sharing Indonesia’s sorrow.

Submarine operations are inherently high-risk and are very demanding of every crew member. They require extraordinary levels of teamwork and absolute trust in the professionalism of everyone on board. So intense is this professional culture that, at times like this, an international solidarity manifests.

Apart from the immediacy and transparency of the Indonesian Navy’s management of the situation, it has been encouraging to see the readiness of other nations to provide immediate and effective assistance, and the speed with which they came together.

This was most clearly evidenced in the key role Singapore’s submarine rescue vessel played in the wreck’s discovery. But Australia, India, Malaysia, the United States and other countries were also quick to provide what help they could.

The author
James Goldrick is an adjunct professor in naval and maritime strategy and policy at Australian National University.