What Is the Malabar Exercise, and Why Is It Significant? 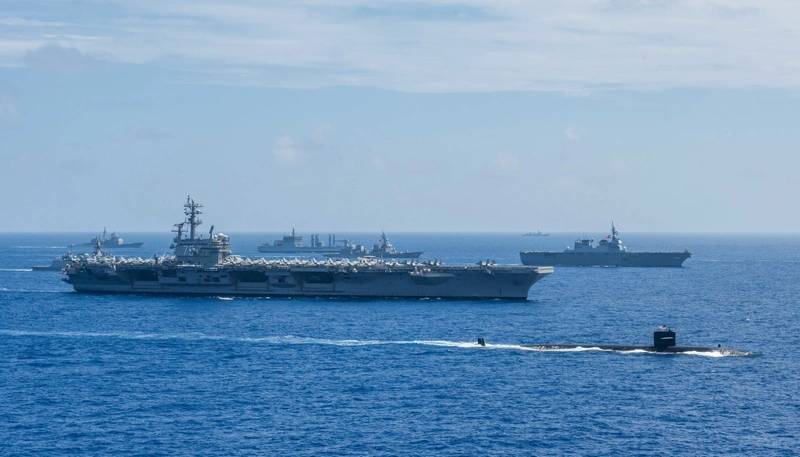 Australia will join three-way naval exercises involving the United States, Japan and India, in a move that could provoke concern from China, which has criticized similar joint drills in the past.

Here are some of the most common questions on the Malabar exercise:

What is the Malabar exercise?
The Malabar naval exercise began in 1992 as a training event between the United States and India. Japan joined it in 2015, but Australia has not participated since 2007.

This year’s drills are likely to be held in the Bay of Bengal and the Gulf, India’s defense ministry says. Dates have not yet been confirmed.

Why is it significant?
It will be the first time that the United States, India, Japan and Australia – the informal grouping known as the Quad – have participated in a joint military exercise of this size.

The four democracies in the Indo-Pacific hope the exercise can act as a counterweight to Chinese military and political influence in the region.

India, which is locked in a military stand-off on the disputed land border with China, hopes the expansion of the exercise will contain what it sees as Beijing’s intrusion into its territory, analysts say.

“The road to peace in the mountains may lie through the sea,” a leading newspaper, the Hindustan Times, said in an editorial on Tuesday.

What ships will participate?
“It will be the best of the best,” said Captain D K Sharma, a defense analyst at BharatShakti.in and a former Indian navy official.

The United States already has the supercarriers Nimitz in the Gulf and Ronald Reagan in the Bay of Bengal, both possible participants in the drill.

Japan’s navy is likely to send one of its two ‘Izumo-class’ helicopter carriers, Sharma said, the largest in its fleet and which have been part of the exercise for several years.

Australia could send one of its newest ships, such as the destroyer Hobart, he added.

How will COVID-19 affect the exercise?
Participants usually meet in the host country before the drills begin, as well as exchanging crew members for observation purposes.

But India’s defense ministry has said this year’s exercise will be “non-contact”, meaning participants will not meet in person, nor will crews be transferred between ships, as a precaution against the coronavirus.