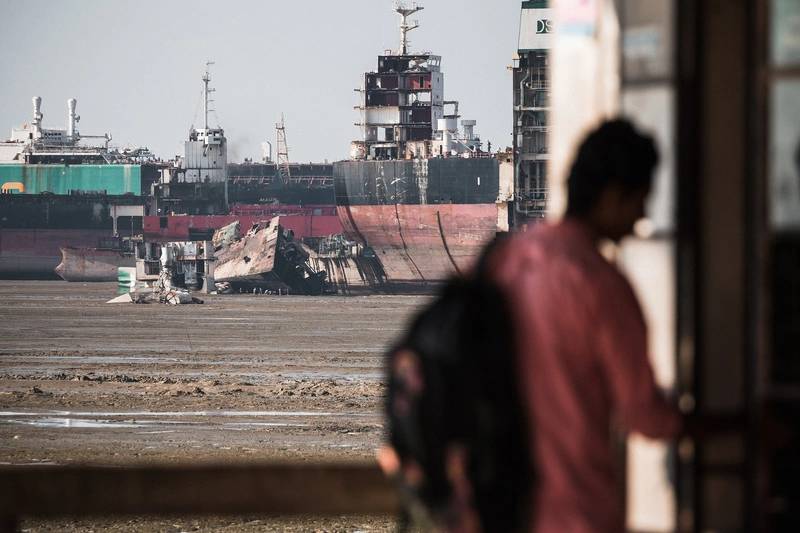 A Bangladeshi woman whose husband died dismantling an oil tanker in a local shipyard was given the green light this week to keep pursuing a claim for compensation from a UK company linked to the vessel in a test case for the shipbreaking industry.

Britain’s Court of Appeal threw out a request by London-based shipbroker Maran (UK) Ltd for the negligence case to be dismissed, the second appeal the company has lost.

Hamida Begum’s husband, Khalil Mollah, 32, fell to his death in 2018 while breaking up the tanker Ekta in the Bangladesh port of Chattogram, home to one of the world’s largest ship-breaking yards, where vessels are dismantled for scrap metal.

Her UK-based lawyers said working conditions in Bangladesh’s yards were known to be dangerous and argued Maran bore responsibility for Mollah’s death by selling the tanker to an intermediary knowing it would probably end up in Chittagong.

The International Labour Organization describes shipbreaking as one of the world’s most dangerous occupations, but NGO Shipbreaking Platform, a coalition campaigning for safe ship recycling, said there was little accountability for deaths and injuries.

Law firm Leigh Day, which is representing Begum, said this was believed to be first judgment of a higher court that directly held that shipping companies can be held liable.

“The (findings) will send shockwaves around the shipping industry as a higher court has recognised that shipping companies choosing to send vessels to the beaches of Bangladesh may owe a duty of care to the local workers and can be liable,” said Oliver Holland, a partner at Leigh Day.

It has been standard practice for decades for ship owners to act through brokers or intermediaries rather than deal directly with ship breakers, the Court of Appeal ruling said.

Maran (UK) Ltd expressed “sympathy and condolence” to Begum in a statement sent to the Thomson Reuters Foundation.

“The Court of Appeal’s judgement this week dealt solely with matters of law, based on assumed facts, and whether or not the case should be struck out at this stage,” the company said.

“As the matter is ongoing it would not be appropriate to comment further at this time.”

The legal battle dates back to April 2019 when British lawyers representing Begum argued that Maran was responsible for the ship ending up in Bangladesh.

The company sought to have the application struck out but in July last year the High Court in London ruled that the shipping company owed a duty of care to Mollah.

The company appealed again and the case was again heard in February this year with a ruling made public this week.

“I consider that the duty of care alleged in this case, although faced with formidable hurdles, cannot be dismissed as fanciful,” said Lord Justice Coulson in the judgment, a copy of which was obtained by the Thomson Reuters Foundation

“I consider that, because it is an unusual argument in a rapidly-developing area of law, it would also be wrong in principle to strike it out at this stage.”

Bangladesh is one of the top locations for dismantling end-of-life ships with at least 144 ships broken on its beaches last year, or about one in every five dismantled worldwide in 2020, according to a report by NGO Shipbreaking Platform

Most of the others ended up in India, Pakistan and Turkey.

Thousands of Bangladeshis depend on the sector, but human rights groups have sounded an alarm about dangerous working conditions for years.