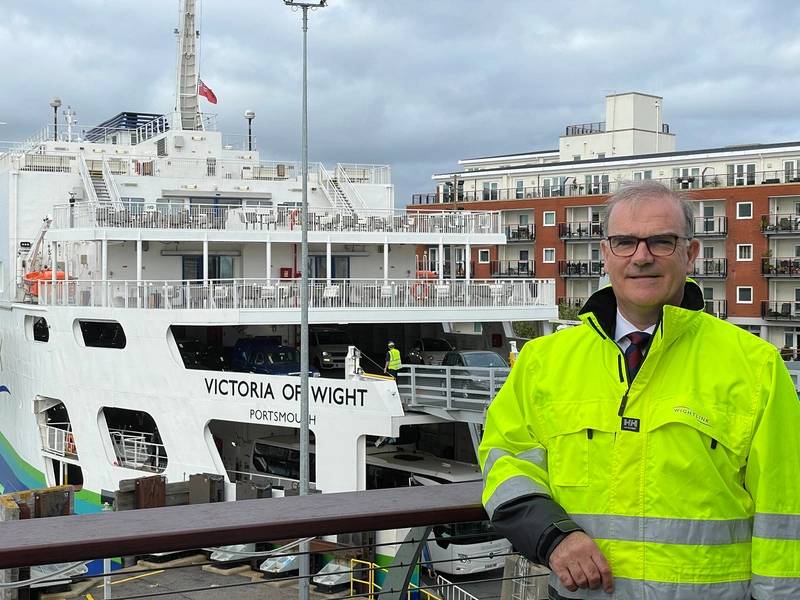 Wightlink, operator of England’s first hybrid-electric ferry, said it is striving to put into service another national first: a passenger vessel that will run on all-electric power.

The ferry company that connects the Isle of Wight with the south coast introduced the hybrid-electric Victoria of Wight in 2018. The vessel operates round-the-clock between Portsmouth and Fishbourne, carrying passengers, cars and freight using a combination of conventional and battery power that generates 20% less carbon emissions than a traditional diesel-powered ship.

Since 2007, Wightlink has reduced its carbon footprint by 33%. Overall, the company has cut carbon emissions by 17% over the four years prior to the COVID-19 pandemic.

With its new pledge further carbon emissions reductions over the next decade, Wightlink is now drawing up specifications for its next new ferry, with the goal to commission a new ship that will use electric power from batteries to an even greater extent than at present by Victoria of Wight. The company said it hopes that shore power can be used to charge batteries, enabling full electric operation to become a reality.

“Our aim is to operate England’s first all-electric ferry,” said Wightlink chief executive Keith Greenfield. “We are working with our naval architects and technology companies to come up with the best solution to operate ferries with the lowest possible impact on the environment.”

Wightlink expects it will take five years to draw up plans, seek tenders and build a new ferry for the busy Solent crossing.