WinGD has been calling its 12X92DF engine the world’s most powerful dual-fuel engine since the first such engine was built in 2019. Now the title is official, as the engine series has been awarded the Guinness World Records for the most powerful Otto-cycle engine ever built.

In tests carried out at engine builder CSSC-MES Diesel Co (CSSC-CMD) and verified by Guinness World Records, for the official record title ‘Most powerful marine internal combustion engine (otto cycle) commercially available’, the 2,140-tonne engine demonstrated a power of 63,840 kW at a speed of 80 rpm.

These ships are the world’s biggest LNG-powered vessels. In November 2017, Rodolphe Saadé, Chairman and CEO of the CMA CGM Group, decided to make CMA CGM the first ship-owner to operate ultra-large containers using LNG. These ships are the result of seven years of research and development, and a concentration of technological innovations. 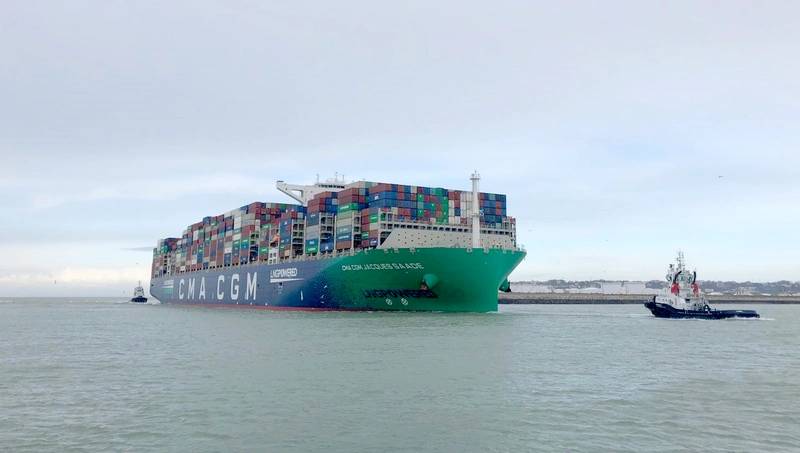 (Photo: WinGD)WinGD CEO Klaus Heim said, “The future uptake of LNG as a marine fuel is being driven by large merchant vessels with two-stroke engines, where the savings—and the environmental benefits—are the greatest. We are delighted with this achievement, which was made possible by CMA CGM’s strong vision and close cooperation with engine builder CSSC-CMD and Bureau Veritas. The 12X92DF is not just the biggest dual-fuel engine in our portfolio—it is now officially the most powerful of its type in the world.”

Guinness World Records Vice President, Neil Foster said, “The WinGD marine internal combustion engine is thoroughly deserving of its Guinness World Records title. Records for engineering excellence never fail to fascinate, and this title is testament to the skill of the team at WinGD that had the vision and dedication to deliver the technology behind the title.”

Helping to accelerate sustainability within the shipping industry, the X-DF range of dual-fuel engines enables the use of LNG as a marine fuel. LNG fueled vessels significantly minimize air pollution caused by emissions of SOx, fine particulates and NOx while offering a reduction in greenhouse gas emissions. And, like other engines in the X-DF range, it is ready for use, with no modifications required, once carbon-neutral fuels including methane produced from biomass or renewable electricity become available.

According to WinGD, the engine series draws on design and field experience earned through an installed base of more than 100 X-DF engines logging nearly 1 million running hours with almost 400 X-DF engines on order. The development and scaling up of the most cost-effective and most widely used dual-fuel engines positions WinGD and the X-DF series to play a pivotal role in the maritime industry’s transition to clean fuels.