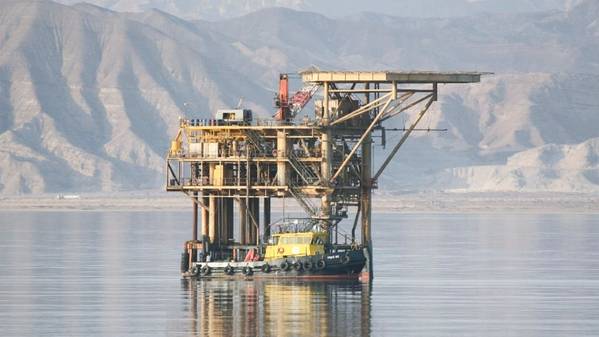 After 38 years of production, German oil and gas company Wintershall DEA has transferred its stake in the Gulf of Suez Concession to the Egyptian General Petroleum Corporation.

“The Gulf of Suez concession will always be a proud part of our history in Egypt. It was the foundation upon which we have built a successful, long-term business here, and it has made us a major contributor to Egypt’s energy supply”, says Sameh Sabry, Senior Vice President and Managing Director of Wintershall Dea Egypt, and continues: “Now the time is right for Wintershall Dea to focus even more on where we can best deliver value with our significant ongoing investment in Egypt.”

While it transferred its Gulf of Suez concession on January 2022, the company still holds 17.25% stake in the major offshore West Nile Delta concession, one of the largest Egyptian gas projects, and as the operator is producing at its onshore Nile Delta Disouq concession.

“The decision to conclude the involvement in the oil production at the Gulf of Suez is part of Wintershall Dea’s corporate strategy, with the company’s Energy Transition Pathway and its focus on natural gas. Natural gas accounts for the majority of the global portfolio of Wintershall Dea, Europe’s largest independent gas and oil company. As a climate-friendly conventional energy source, natural gas will have a growing role in achieving climate targets,” Wintershall DEA said.

In other recent news related to Wintershall DEA’s portfolio management, the German company in January said it had decided to terminate all its operations in Brazil and to close the office in Rio de Janeiro, again citing its increasing focus on natural gas.