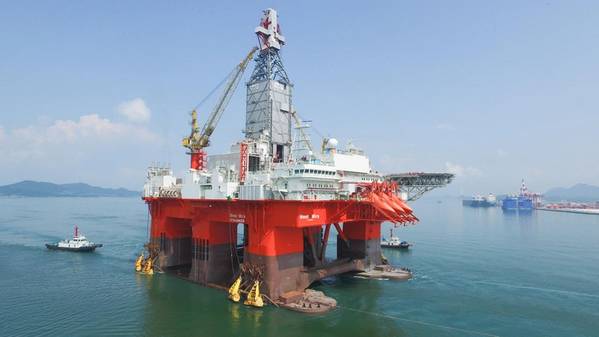 Oil and gas company Wintershall Dea has started drilling the first of what will be six development wells at its Nova field in the Norwegian part of the North Sea.

The Nova field, operated by Wintershall Dea which holds a 45% stake, will be developed as a subsea tie-back connecting two templates to Neptune Energy’s Gjøa platform.

Nova is located about 120 kilometers northwest of Bergen and approximately 17 kilometers southwest of the Gjøa platform in the Norwegian North Sea. Wintershall Dea has a 28% interest in the Gjøa license.

“With most of the subsea work already complete and a dedicated module installed on the host platform, Gjøa, the start of drilling represents the beginning of the final major packet of work in the development of the Nova field,” Wintershall Dea said Tuesday.

Wintershall Dea is using the Seadrill-operated West Mira semi-submersible drilling rig. The rig will, over a period of around 400 days,drill three production wells through one of two subsea templates, and three water injection wells, through the second.

“Despite developing this field at a time of almost unprecedented challenges from the Covid-19 outbreak, all involved have worked tirelessly as One Team to safely deliver the Nova milestones according to plan. Getting the rig into place marks the start of the last phase for the Nova project,” said André Hesse, Nova Project Director at Wintershall Dea.

Nova is located about 120 kilometers northwest of Bergen and approximately 17 kilometers southwest of the Gjøa platform in the Norwegian North Sea. Wintershall Dea has a 28% interest in the Gjøa license.

Gjøa will receive the production fluids and provide injection water and lift gas to the Nova field. Oil from Nova will be transported from Gjøa through the Troll Oil Pipeline II to Mongstad, associated gas will be exported via the Far North Liquids and Associated Gas System (FLAGS) pipeline to St Fergus in the UK, supplying the European energy market. Production from Nova is expected to start in 2021.

When Nova goes online, it will be Wintershall Dea’s fourth operated subsea field in production in Norway.