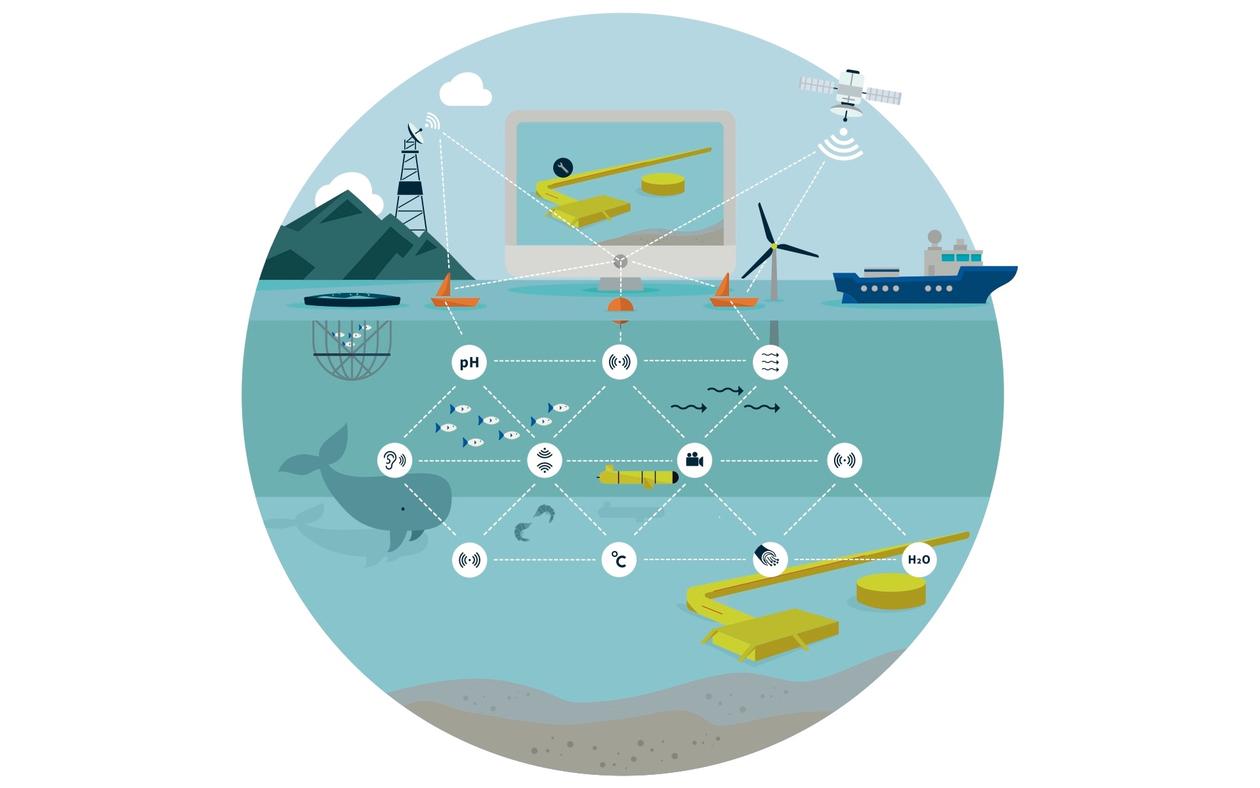 The University of Bergen and GCE Ocean Technology have entered into a partnership agreement to create a wireless underwater observation network along the coast of Norway to monitor the environment and obtain information about the ocean environment.

The parties’ collaborative project called SFI Smart Ocean, a Centre for Research-based Innovation, is in the process of creating the network.

The project is aimed at user groups within the ocean environment, ocean industry – mainly offshore wind, petroleum and aquaculture, as well as society and administration.

Using the subsea network, information and measurements shall be sent to databases. They will conduct environmental monitoring and measure temperature, salinity, ocean currents, CO2 and pH, and more.

In addition to finding facts for management and environmental protection, the network can also be used to monitor equipment and structures underwater. The system will be able to sound an alarm when the sensors indicate that there is “danger ahead” and that something may go wrong.

“Today, data collection takes place on and below the water surface mainly by means of cables. Such solutions are inflexible and expensive to install and maintain. A wireless network in the oceans will enable measurements where cable networks are irrelevant, for financial and practical reasons,” said Øyvind Frette, vice-dean for research and innovation at UiB.

“This is an observation system that many will benefit from, both industry, society, administration and marine scientists, says Frette who praises the good collaboration with GCE Ocean Technology and the cluster members.”

The center has been working since autumn 2020 through digital gatherings and by placing equipment and performing tests. Due to the pandemic, researchers first met physically in November last year, when an official opening was performed.

The project will run for five years and has a budget of NOK 290 million (around €30 million), of which NOK 96 million comes from the Research Council of Norway. After five years, the work will be evaluated for approval for another three years.