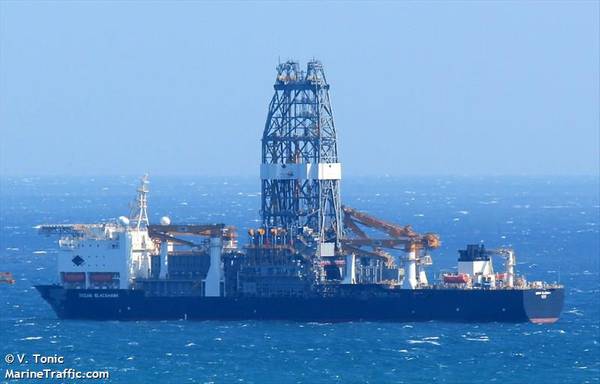 In Senegal, Woodside is working to bring online Senegal’s first offshore oil development Sangomar. The project was sanctioned early in January, and entails the drilling of 23 subsea wells that will be tied back to a MODEC-supplied FPSO.

Woodside will use Diamond Offshore’s drillships, OceanBlack Hawk, and Ocean BlackRhino to drill development wells at the project that is expected to start production in 2023.

Under the contract with Enhanced Drillling, the rigs will be equipped with EC-Drill Controlled Mud Level (CML) system that, that, according to the Norwegian company, “enables operators to ‘drill the undrillable’ wells.”

“Some of the development wells are expected to require the use of advanced technology to drill due to the challenging downhole pressure regimes. The EC-Drill system from Enhanced Drilling will make it easier and safer to drill these wells,” Enhanced Drilling said.

Tom Hasler, Enhanced Drilling’s CEO, said: ‘We are very pleased that Woodside has chosen to work with us to develop and integrate an effective Managed Pressure Drilling (MPD) solution in the form of our EC-Drill system for the Sangomar Field Development. Woodside’s decision to choose EC-Drill is another example that Controlled Mud Level (CML) type MPD systems are sometimes the preferred solution rather than traditional back pressure type MPD systems.”

The Sangomar field, formerly known as SNE, will be developed in phases. Phase 1 will target an estimated 231 MMbbl of oil resources (2P gross, 60 MMbbl (2P) reserves Woodside net economic interest) from the lower, less complex reservoirs, and an initial pilot phase in the upper reservoirs.

Below is a video animation showing how the EC-Drill operates: