The installation on what is reported to be the world’s largest offshore converter station is being hailed by China Classification Society (CCS) as ‘a significant milestone’ in the development of deep-water wind power. CCS provided authentication and survey services for the China Three Gorges Corporation (CTG) Rudong offshore converter station, which is also an Asian first.

The station will then convert the electricity into DC power and transmit it onshore, a distance of around 100km, the longest transmission length in China, via a submarine cable. When the project is in full operation it will be able to provide around 1.36 million households with their annual electricity consumption.

The converter station itself weighs 22,000 tons and is as tall as a 15-storey residential building. The converter station, which was commissioned by CTG, was jointly constructed by Three Gorges Energy, China General Nuclear New Energy Holding Co., Ltd. and Shanghai Zhenhua Heavy Industries Co., Ltd. 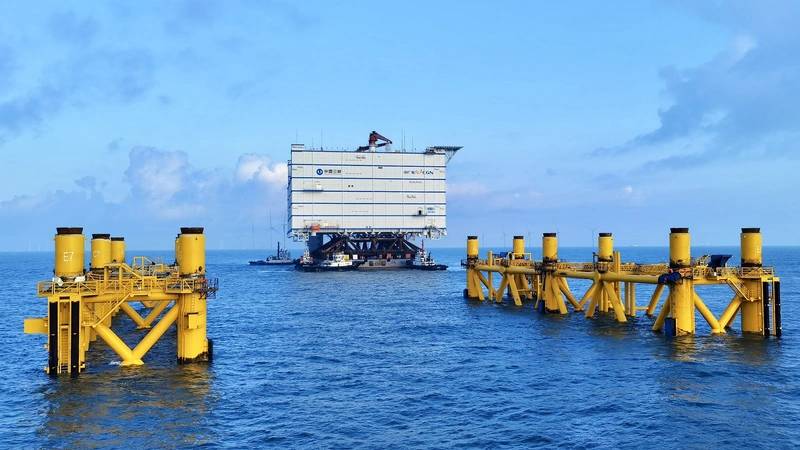