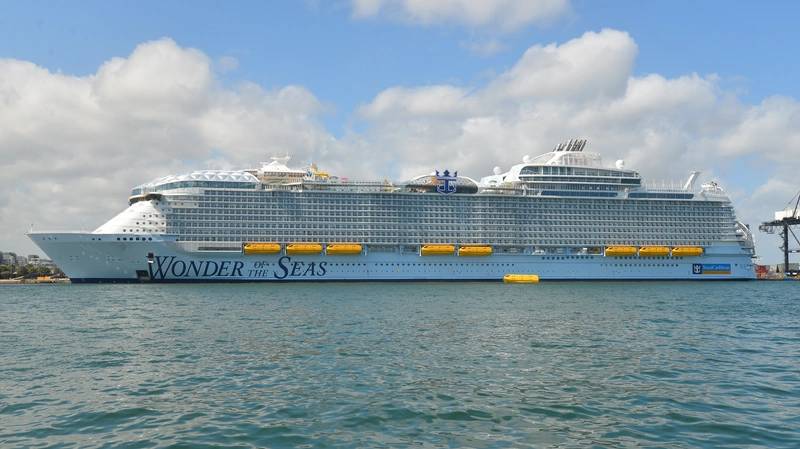 Port Everglades once again welcomes the largest cruise ship in the world. Royal Caribbean International’s Wonder of the Seas docked at her homeport, Port Everglades, this weekend for her inaugural season beginning March 4. This is the fourth Oasis-Class ship to make its U.S. debut at Port Everglades.

On March 4, Wonder of the Seas will sail on her inaugural cruise calling on Haiti, Puerto Rico and the Bahamas. Sailing itineraries include ports in the eastern and western Caribbean as well as Royal Caribbean’s uber-popular private island destination Perfect Day at CocoCay.