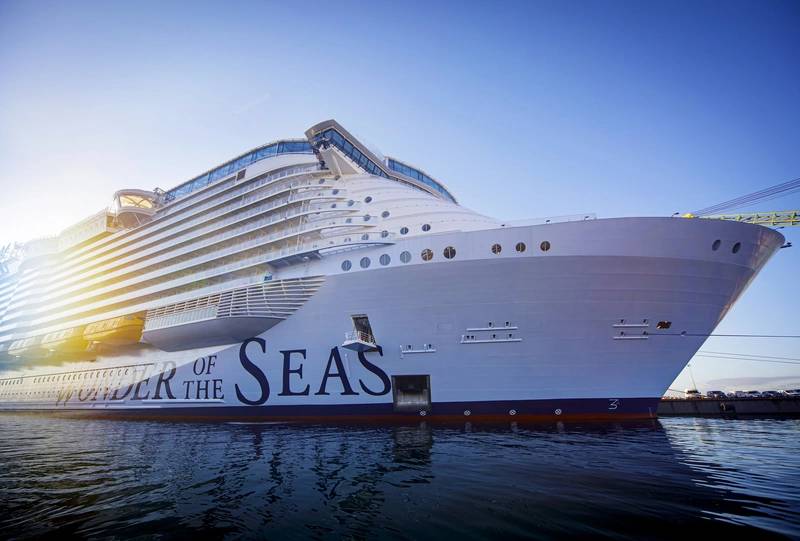 Wonder of the Seas is powered by six marine-diesel sets, each composed of three 16-cylinder Wärtsilä 16V46D common rail engines and three 12-cylinder Wärtsilä 12V46D engines. For propulsion, the vessel uses three 20,000 kilowatt ABB azipod diesel-electric thrusters mounted under the stern. The ship is also equipped with four bow thrusters, each with 5,500 kilowatts of power.

First steel was cut for Wonder of the Seas in April 2019, and the ship was originally scheduled to be delivered in 2021 before the coronavirus pandemic created delays in the construction schedule.

The ship is scheduled to make its official debut in Fort Lauderdale, Fla., on March 4, to begin sailing seven-night cruises to the Caribbean before heading to Barcelona, Spain; and Rome to offer summer adventures in the Mediterranean.