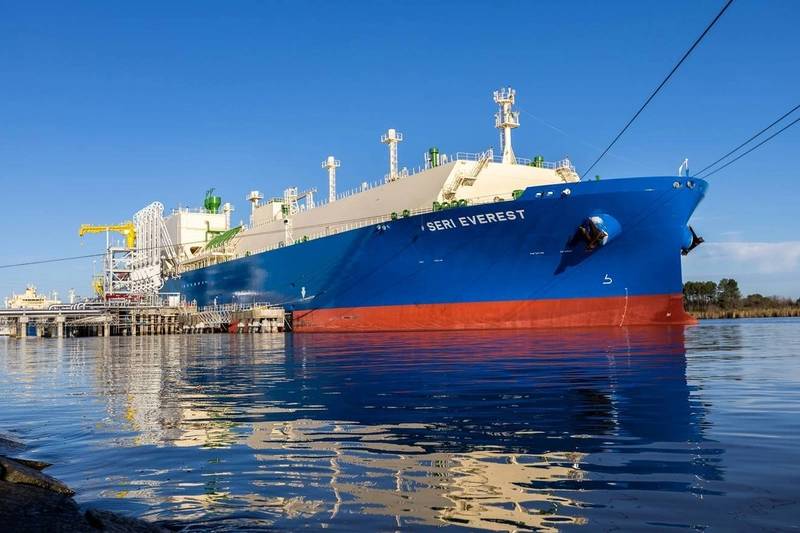 The vessel was loaded with more than 911,000 barrels of ethane destined for Satellite’s Lianyungang ethane cracker in northeastern Jiangsu Province, China, the largest single shipment of ethane to date.

AIS data shows the vessel is currently on its way to the Panama Canal. Its anticipated arrival at Lianyungang Port is mid-February 2021.

According to Energy Transfer, the combination of the two terminals represent over 50 percent of the U.S. waterborne export capacity.

Under the joint venture with Satellite, Energy Transfer is the operator of Orbit’s assets, which also include a newly constructed 20-inch pipeline originating at Energy Transfer’s fractionation and storage facilities in Mont Belvieu, Texas, for ethane deliveries to the Nederland export terminal as well as domestic markets in the region.

In association with Orbit, Energy Transfer also completed its build-out of infrastructure at Mont Belvieu to supply ethane to Orbit’s pipeline, and at Nederland to load the ethane onto VLECs. Under separate agreements, Energy Transfer will provide Satellite with approximately 150,000 barrels per day of ethane under a long-term, demand-based agreement, along with storage and marketing services.