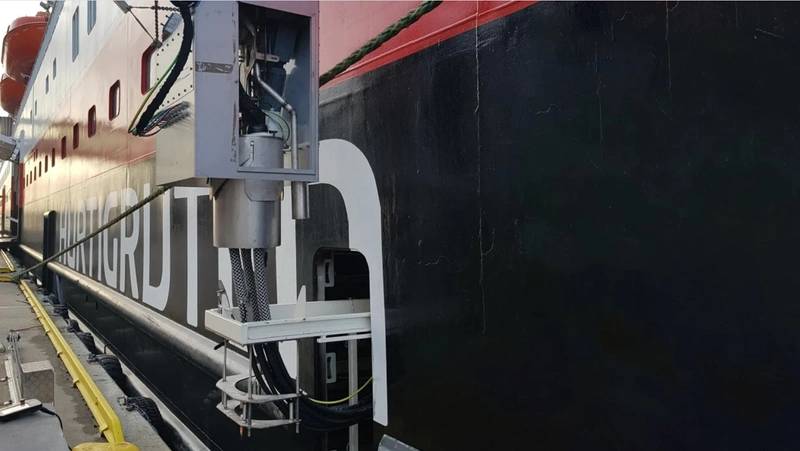 While the EU parliament call for an emissions ban at berth, Yara Marine Technologies announced a partnership with NG3 signaling the return of cold ironing to its green tech portfolio.

“We used to do shore power projects on ships some years ago, but the market was too slow. Now however, with new regulation and grants supporting shipowner’s shore power investments, we are back in the business of shore power,” said Aleksander Askeland CSO at Yara Marine Technologies. “Together with NG3 we are ready to take on new orders.”

The EU parliament recently called for a ban on greenhouse gas (GHG) emissions from ships at berth by 2030, in their first reading of the MRV regulation.

“This is a major step for the industry. It will cut emissions tremendously. Both GHG emissions, but also local air pollution, like black carbon, SOx and NOx, saving thousands of lives, cleaning up the air in our cities,” Askeland said.

The ban would include any ships with a gross tonnage of 5,000 or more arriving at, within or departing from ports under the jurisdiction of an EU member state. In all practicalities, no GHG emissions at bay, within less than nine years, means ships connecting to power from shore, and possibly batteries. In addition to the EU Parliament initiative, several ports are already introducing a ban on GHG emissions at bay by 2025. In China, shore power shall be used if a cruise ship is at berth with onshore power supply capacity for more than three hours in the emission control areas.

“Sship-to-shore technology can help to save fuel that would otherwise be used to power vessels while in port. According to the Fourth IMO GHG Study, shore power can reduce overall GHG emissions from ships quite a bit. In addition it will contribute to better air quality in the proximate port area, facilitate maintenance of the ship’s engines and generators, and reduce noise from vessel at berth,” Askeland said.

NG3, which has been in the business of shore connection systems for the last 10 years, also produces several other technologies for ships, such as automated mooring systems, and gas combustion units for liquefied natural gas (LNG)-powered vessels.

“We sought out NG3 due to their proven competence and mindset to constantly develop and improve their technology. They demonstrate a skillset, and a passion for engineering that makes for a great cultural fit with us,” Askeland said.

With its eye on IMO 2030 and 2050 targets, Yara Marine Technologies said it is broadening its portfolio of green technology for the maritime industry and will invest in several technologies to reduce and eliminate GHG emissions.