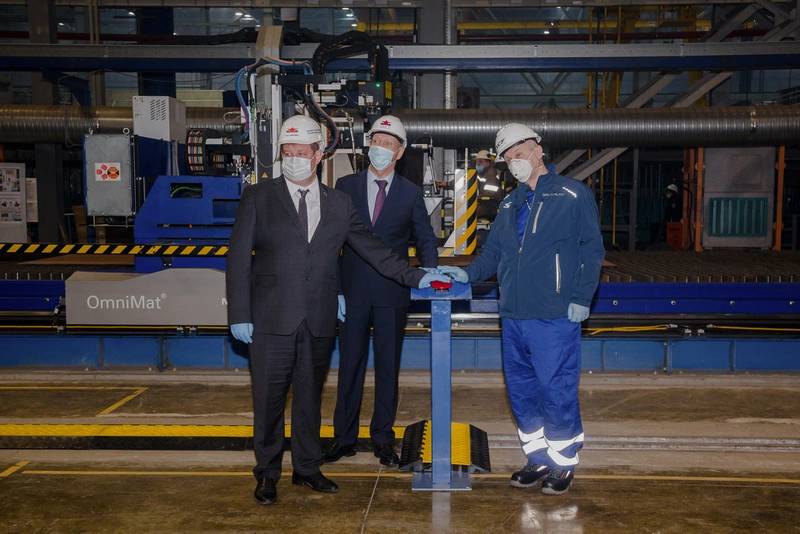 Russia’s Zvezda Shipbuilding Complex has started building the first in a series of 15 icebreaking liquefied natural gas (LNG) carriers ordered for year-round gas transport along the Northern Sea Route from the Arctic LNG 2 project in Russia’s high north. They will be the first such vessels constructed domestically.

Shipbuilding, financing, lease and time charter contracts for the new ships were signed by SCF Group, NOVATEK Group, Zvezda and VEB.RF Group in 2019. The lead LNG carrier, scheduled for delivery in in the first quarter of 2023, was ordered directly by SCF, while the other 14 vessels were ordered Sovcomflot and Novatek joint venture SMART LNG and will be chartered by Novatek.

The complex vessels will be the first Arc7 ice class LNG carriers built in Russia, and they will be be registered under the Russian flag and operated by Russian crews.

The vessel design, which builds upon Sovcomflot’s experience operating large vessels within challenging ice conditions, has been engineered to enable increased speed and maneuverability when sailing in ice conditions, compared with icebreaking LNG carriers of the previous generation. This will, for the first time, allow year-round navigation in the eastern sector of the Russian Arctic, thereby expediting the implementation of Russian plans to boost cargo traffic along the Northern Sea Route. All the vessels in the series will be assigned an Arc7 ice class.

Yury Borisov, Deputy Prime Minister of the Russian Federation, said, “These vessels will significantly contribute to the development of cargo traffic along the Northern Sea Route, which is strategically important for Russia. Each vessel will have capacity of more than 172,000 cubic meters. The vessels’ dimensions are remarkable, 300 meters long and over 48 meters wide. Their power capacity is 45 MW, with each vessel equipped with three unique azimuth propulsion units.”

Igor Tonkovidov, the President and CEO of Sovcomflot, said, “The start of construction of the first in this new generation of LNG carriers by Zevzda is a significant milestone for the Russian shipbuilding industry, which has never before constructed vessels with this level of engineering complexity. We are proud that the cooperation between Sovcomflot, NOVATEK, VEB.RF Group and Zvezda Shipbuilding Complex is helping to localize new civilian shipbuilding technologies in Russia and the mass-production of large-capacity vessels. We are looking forward to continuing our close collaboration and are ready to further support the Russian civilian shipbuilding industry as part of the implementation of major energy projects.”