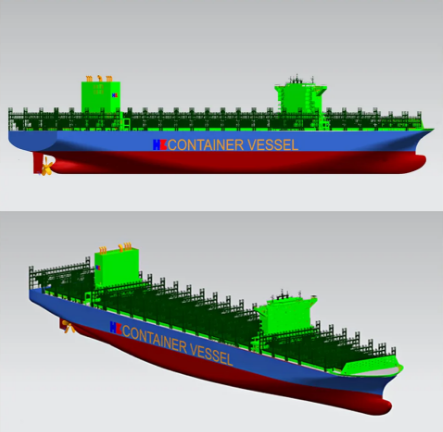 The company’s subsidiaries Hudong Zhonghua and Jiangnan Shipbuilding will build three ships from the series each.

This project marks the first time that Seaspan has placed an order at a the China State Shipbuilding Corporation.

The contract was announced earlier this week, Seaspan Corporation, entered into an agreement with an unnamed shipyard for the construction of six 15,500 TEU containerships.

The newbuilds will feature 366 metres long, 51 metres wide and 30.2 metres deep, compliant with the regulations of Tier 3.

As informed, the newbuilds will be scrubber-fitted and will include emissions reduction technologies.

Deliveries are expected to begin in the second half of 2023 and extend through to mid-year 2024.

Upon completion, the vessels will enter long-term charters with undisclosed global liner companies.

With the newest order, since December 2020, Seaspan has announced the addition of a total of 580,000 TEU represented by 39 vessels, including 37 newbuild vessels, and the acquisition of two vessels in the secondary markets.